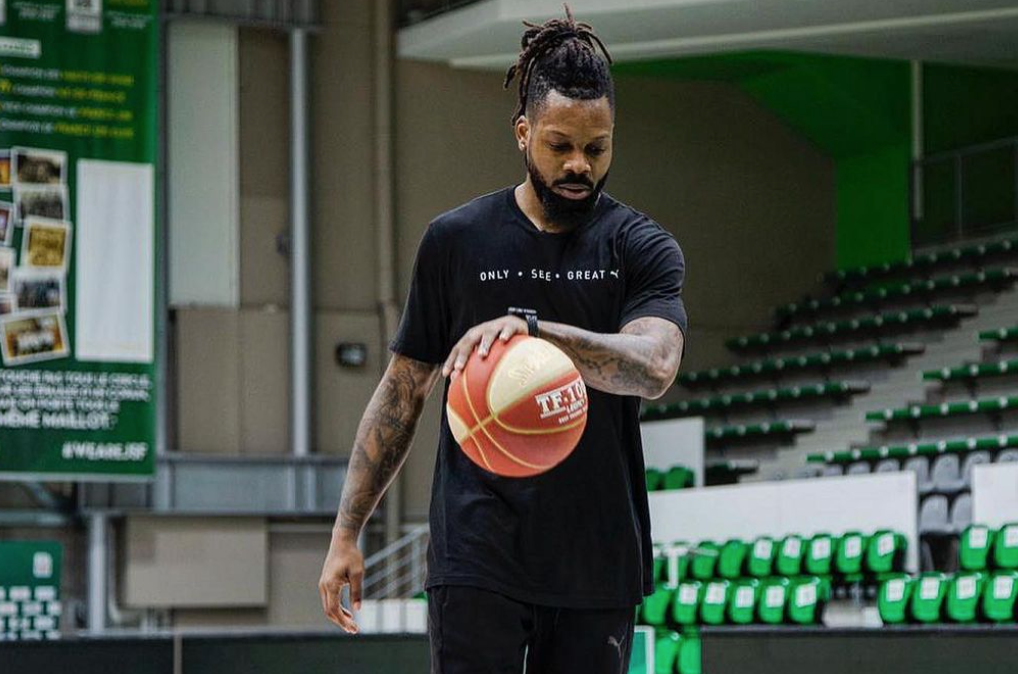 We are very happy to welcome this summer for the 5th edition of BAZ’N CAMP, Seidou Njoya, French skills coach, based in Paris. A former professional player, who played for Nancy, Boulazac, Bourg en Bresse or Aix Maurienne, Seidou has seen all the ups and downs of a high-level career and uses that today to mentor and coach the next generation of players. We asked him a few questions:

“I am a coach and physical trainer. I started coaching 4 years ago.”

Before you started coaching, what was your experience as a player?

“I was a professional player for almost 13 years and due to a knee injury, I had to stop.”

What do you think are the most important aspects of basketball to pass on to young players who want to become professionals ?

“Above basketball, so in sport in general, I would talk about the values of sharing, benevolence, and then if we talk about technical terms, I like prioritizing the collective aspect of the game much more. I want the kids to play for themselves but also think about playing for others.”

“Without going into details, I would say that you have to make the kids understand that it’s a business, that it’s a profession, and the first question I would ask the kids is: why do you play basketball ? Because today when I ask them, everyone answers me: I love basketball so much, I’m passionate, I can’t live without basketball, but very few, from experience, answer me: to earn a living. They really have to understand that it’s a business, when you get paid to play, the pressure is not the same, and the managers expect more from you than just being nice. Because when you’re young, it’s fun to play basketball, you’re with friends. I’ve always said it, my best years of my career, were my young years. Much less pressure, plus I was lucky, I was in a really talented team, we won everything in our category. And since I switched to the other side, I saw that it was not the same thing. An example: in Nancy, the first contract I was offered was for the same (rather low) salary for 3 years. I asked the coach why, if you take me as a pro it’s because I’m good, I deserve to be paid like everyone else. And he answers me: if we can pay you as little as possible, that would suit us.

We know that you will not be able to make it for the beginning of the camp, you’ll be in Las Vegas, you’ll come at the end of the second week. Can you tell us a bit about what you are going to do there ?

“I will go to the US with a European basketball prospect, a 2006 who plays in Barcelona, his father is the best friend of my mentor, my mentor who is director of the NBA academy in Senegal. He understood that I had a gift, to share well, to develop, to teach skills, etc. Because he was my coach before. He was my skills trainer; I was going to the US to train with him. He taught me a lot of things. And that’s also why I’m happy to go because he advised me directly to the father of the prospect: he said to him: this is the guy your son needs. I’ve been talking to his father for a year, I’ve met him twice, we talk a lot from a distance, we plan things, I watched his son’s games, and I gave them feedbacks on what I think, etc. His father said, we are 2 years from the draft, we must start moving forward. So, he got in touch with an NBA coach, who coaches a lot of League stars, so we’re going to his house in Las Vegas. I will be there to supervise. The coach will come with his players, and everything should go through me, I have to give my agreement. I’m basically the main coach, because I’m going to follow the kid, if all goes well, his whole career. We really want to take advantage of the infrastructure, we want him to confront all the prospects, because the chance that we will have, is that we will be in Las Vegas with the first rounds of the draft, that will be doing workouts before playing, and he will have the opportunity to face them on pick-ups, or on 3X3 and that’s very good. And next, we will have the opportunity to train him and take advantage of the available infrastructure. So that’s my project for this summer. »