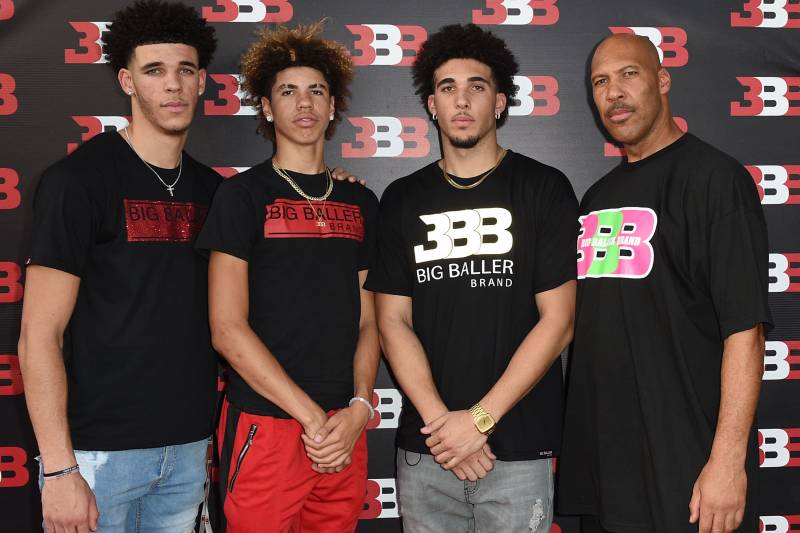 For this 5th edition of BAZ’N CAMP, we are happy to announce a partnership with Big Baller Brand (BBB), as a new equipment supplier for the camp. This American company with worldwide reputation, sells sports and lifestyle items and organizes basketball events. Created in 2016 by the couple Lavar and Tina Ball, the brand was first invented to promote the sport career of their three sons Lonzo, Lamelo and Liangelo Ball, two of them now playing in the NBA. It was built around the strong family values and the support they give to each other. Lavar Ball, among other things, has always pushed his sons since the beginning of their career, by creating for example their own basketball team in Chino Hills, California. These quickly developed a different style of play during games, characterized by an intense tempo, particularity brought by Lavar Ball, former NFL player, which quickly led them to the national level. From then on, the Ball family started selling Big Baller Brand tee-shirts and shorts to support their team.

Their first signature shoe went on sale in 2017; the ZO2, created and proudly worn and showcased by Lonzo Ball. Lamelo followed later that year with his MB1 and Liangelo with his G3 Lux. .

At that point, the Ball’s family were already very famous, but they didn’t limit themselves to selling only sports equipment and clothing. The drive of the father, ready to do anything for the success of his sons, leads him to produce a series, in which their daily life is broadcasted. Showing great strength of character and an equally remarkable determination, Lavar Ball has always known how to show to the media the prodigious and grandiose future he had planned for each of his sons, by declaring that his children would one day become big basketball stars. Thanks to his tenacity, Lavar Ball opens doors to opportunities to reach the highest levels: after being drafted in second place by the Lakers in 2017, he is now one of the front court stars of the Chicago Bulls. Lamelo Ball was drafted in third place in the 2020 draft by the Charlotte Hornets and became an All Sar this year for the team Kevin Durant.

The creation of a Professional League marks a real turning point in the Big Baller Brand project, which then takes on a considerable dimension. In December 2017, the Junior Basketball Association was born. The main goal was to offer another choice for young players who want to skip their college years.

Until today, the Big Baller Brand family and business continue to grow with the desire to attract NBA super stars like Kyrie Irving, and to increase their influence and impact in the world, especially in France, by becoming partners, among others solutions, with BAZ’N CAMP. In return, this partnership allows us to offer new jerseys to future participants of this 5th edition, as well as other surprises to discover throughout the camp.