Accueil Articles Donnie Arey, an important NBA and NCAA experience on the camp 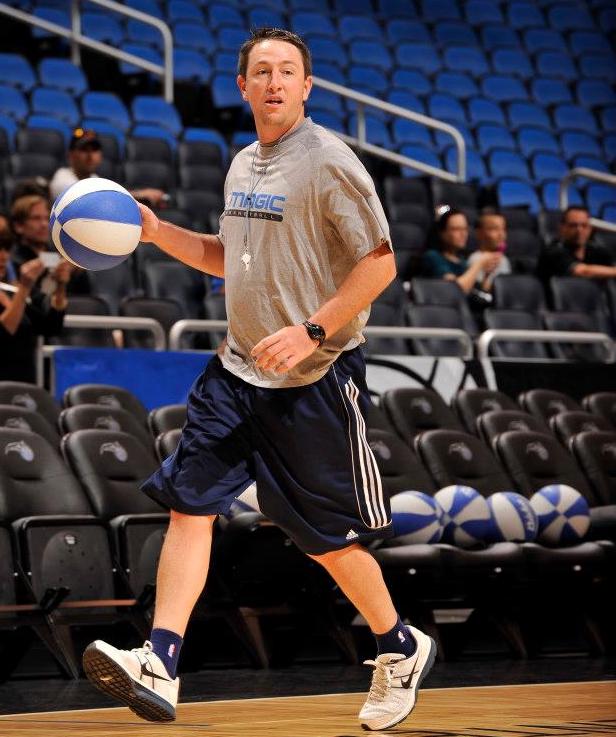 Donnie Arey is a coach specialized in individual and collective development of players, whose experience and career led him to an international path. Former basketball, tennis, football and soccer player, sports have always been part of his life. The variety of sports played allowed him to understand sports, especially basketball, in a totally different level when coaching, thanks to a more general approach regarding the prerequisites of an athlete. In fact, if he first worked as a university coach in the beginning of the 2000, his very effective and convincing methods propelled his career on a national (US) scale.

Donnie Arey demonstrates first of all, an important commitment to the NBA. As a matter of fact, he has been collaborating with more than 20 NBA and WNBA franchises (Golden State Warriors, LA Lakers, Orlando Magic, Brooklyn Nets, etc.) and has been running for 15 years now, NBA camps and clinics, and big events for famous players, like Michael Jordan, Stephen Curry or even Lebron James. Plus, he participated in many NBA campaigns, such as the NBA JR Championship or the NBA Draft. At the same time, Donnie Arey continues his work with universities by assisting a few college teams in NCAA, NAIA and NJCAA.

The career of Donnie Arey continues to take off more and more worldwide. He has traveled in every single continent in the world to share his basketball knowledge during training camps or campaigns. He has now coached in more than 630 basketball camps, in 32 different countries (Senegal, Israel, Monaco, France, Belgium, Argentina, Panama, Martinique, Guadeloupe, St Martin, etc..). In short, the list is very long.

With a big career, rich in professional and human experiences, Donnie Arey is today the image of a complete coach in every aspect of the game (technical, tactical, pedagogical, …).

What is his approach to coaching when working with young players and professionals ?

Donnie Arey is the founder of an intensive program whose goal is to maximize the potential of a player by mixing physical training and mental work, to achieve the best possible results. His camp confronts young people from all over the world to new methods, different from those that they already know, by training them with the “American style”. He prioritizes decision making and court vision exercises, which are according to him, aspects of the game usually neglected. He is also known for his precision and accuracy when developing new skills. But above all, he pays a particular attention to human relationships and demonstrates a lot of generosity; it was this need of creating new links while helping players mentally, physically, and morally, that pushed him into becoming a coach and which keeps driving him to accomplish new things. The confidence a player acquires during a while being coached the right way is what pushes him to always give his best and to continue sharing his knowledge.

How does he define basketball ?

For him, the game of basketball is essentially a game of trust between teammates; “I Trust that if I give you the ball, you will pass it back to me if I have a better shot”. In addition, he insists that the secret to a player’s success in a team, is knowing the definition of basketball of his coach. By this, he wishes to remember that the success and the progress of a player are not based on an egocentric strategy, but rather on a consideration of the expectations of his coach and team. To optimize performances of a team, he identifies different principles and qualities that every team needs: hustle standards, consistent defensive habits, a positive attitude, great shot selection, limiting of turnovers, attack and win rebounds, 50/50 balls, great teamwork and communication, and focused game study/school study. He will look for the MVPs in these winning categories.